Talamone is a lovely sea village overlooking the namesake bay and picturesque harbor. It is located on a rocky promontory between the Maremma Nature Park and Monte Argentario. You might have noticed its charming location in the James Bond movie “Quantum of Solace” (2008).

A bit of history

Talamone was a flourishing town already during the Etruscan era. During the medieval ages, it experienced good times under the rule of the Aldobrandeschi, who built the massive fort in the XIII century. However, malaria and noxious conditions led the town to pass through centuries of decline and neglect, even under the rule of Spain’s Stato dei Presidi.

The city’s name is famously linked to Giuseppe Garibaldi, who stopped here in 1860 while on route to Sicily with the Expedition of the Thousand, to stock up on water and weapons.

You can enter the historic city center either from Porta Garibaldi or from along the ancient city walls. A slight uphill walk takes you to the 15th century La Rocca fortress and repays your efforts with fantastic panoramic views of the Gulf of Talamone. From up here, you can admire the intense blue sea landscape, the Tombolo della Giannella, and the Tuscan Archipelago: apart from Giglio Island, on clear days you can also see the islands of Montecristo, Elba, Formiche and at times even the mountains of Corsica.

A view of Talamone and its harbor – image from maremmanews.it

Talamone hosts the Acquario della Laguna, an aquarium where you can observe the underwater world of the Orbetello Lagoon. Also, you cannot but notice the Faro di Talamone, a lighthouse from 1865 (later restructured in 1947).

Other attractions in town include the Church of Santa Maria Assunta, rebuilt in 1949 following the 1944 bombardments that destroyed the previous building from 1374. The church is home to some lovely works of art from the 1600s.

It may be a bit of an unusual place to visit, but if you like uncommon buildings then this is certainly something for you to see: the Vivarelli Mausoleum (1906) was designed by architect Lorenzo Porciatti in an eclectic Liberty style full of original details. 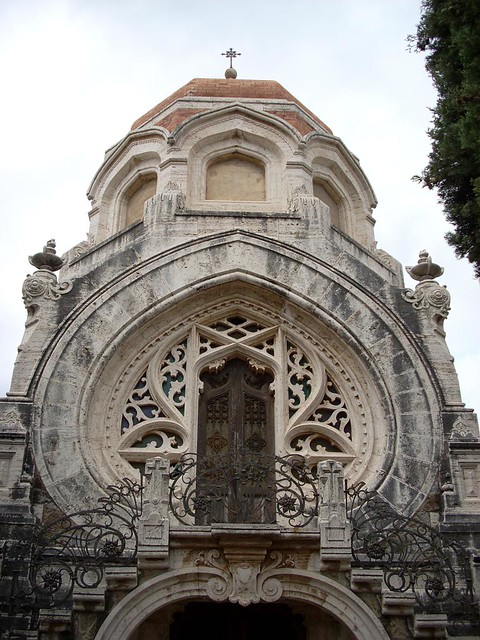 A detail of Mausoleo Vivarelli

The surrounding territory is characterized by the typical Mediterranean maquis and by long, sandy beaches bordered by pinewoods. The waters in the Bay of Talamone are ideal for windsurfing and kitesurfing, and its beautiful coastline offers fantastic beaches.

Located just at the entrance of the southern part of the Maremma Nature Park, this town is also the ideal starting point for exploratory, eco-friendly expeditions in the reserve.